I was honoured to be included in the panel for The Fighting Spirit Film Festival’s recent seminar on The Cultural Impact of Martial Arts Films.

This seminar is now online in three 40-minute(ish) clips on Youtube. I recommend it for the fascinating insights of panellists Andrew Heskins, Josh Toussaint-Strauss, Marlon ‘Kush’ Palmer, and our facilitator Weng Yu.

King Hu’s martial arts films both honour and innovate wuxia pian, (or Chinese martial arts swordplay films). King took certain elements long established in wuxia, and refashioned them in the films he made in the 1960s and 1970s so that they worked with an unprecedented nuance and impact.

An important convention in wuxia pian in the decades leading up to the 1960s, and one that was seen less often after the interventions of Chang Cheh and Bruce Lee, with their emphasis on hyper-macho kung fu movies, was that of the hero being a highly skilled swordswoman, and one who often had to rescue her effete male love-interest from the villains.

King Hu featured both these character types in his films, and had fun playing around with these male roles. In A Touch of Zen (1971) and Legend of the Mountain (1979), the male protagonists are scholars, lacking in martial artistry, and relying on their wits and charm instead. They are paired with, or pitted against, powerful and skilled female characters.

In Dragon Inn (1967) and The Fate of Lee Khan (1973), there are main male characters dressed like scholars, but they turn out to be expert martial artists who exploit their apparently ineffectual appearance to gain strategic advantage over the bad guys. In both these films, they collaborate with female characters who are martial arts experts and shrewd tacticians.

Even while other filmmakers were making male characters the primary focus of their movies, King Hu continued to champion the swordswoman as an important protagonist. In Come Drink with Me (1966), Cheng Pei Pei’s starring turn as the daring Golden Swallow, heroically rescuing her kidnapped brother, made her a star, and the natural magnet for whatever swordswoman roles that were up for grabs at Shaw Brothers Studios. The Fate of Lee Khan features six important roles for women, including Li Li Hua, who turns in a terrific performance as a rebel leader, ably supported by four fierce agents played by such luminaries as Angela Mao Ying, Hu Chin, Helen Ma Hoi Lun, and Polly Shang Kuan Yan Erh, who also starred as an engagingly savvy and skilled swordswoman in King’s Dragon Inn.

One of the villains in The Fate of Lee Khan is played with gimlet-eyed authority by Hsu Feng, one of King Hu’s favourite actors. She acted in all of his wuxia pian, starring in most after debuting in a bit part in Dragon Inn.

I can see why Hsu was so often used by King. Strikingly attractive, and with a strong screen presence, she always manages to impart a sense of intelligence and character in whatever role she plays. Underneath her classy exterior, there is an understated toughness that makes her turns as a martial artist believable. However, she was also an actress with a subtle range. In King’s films, she plays everything from an aristocratic sociopath, to a ruthless sorceress, to a cruelly wronged and grief-stricken daughter bent on revenge, to a thief who learns the error of her ways.

And, as much as I enjoy the many other actresses who play swordswomen in martial arts films, it’s when I think of Hsu Feng, and the different ways King Hu cast her and exploited her qualities and skills, that I can see how rich and varied the swordswoman trope could be in the tradition of martial arts filmmaking.

A word of explanation: I am writing, and then scheduling, this blog post before you see it and way before the panel I refer to below. That’s why the grammar might be a bit strange.

On Sunday 23 August 2020, I will be honoured to participate in this panel hosted by the Fighting Spirit Film Festival:

As with all panels, the conversation will ebb and flow so I am not sure exactly what I will say, or what I will have time to get into in detail. So, I thought that I would list a few of my talking points below as a follow up.

The theme of the panel is the cultural impact of martial arts films, and I have been asked on board to give a woman’s perspective. That is ‘a’, not ‘the’, for reasons I will mention briefly below.

Our wonderful organiser and facilitator, FSFF Assistant Director Weng Yu, has indicated that he might – depending on the flow of conversation – ask me about the following:

I’m going to cut this long story short and mention just one incredibly important episode in my career as a fan, and then writer, of this genre. For a few years, maybe 7-10 years ago, I was heavily involved as a moderator on the Heroic Sisterhood page on Facebook. Set up and moderated by women, the page (which included both male and female followers) showed me the following:

Favourite actresses and / or characters:

So many to choose from! So many great performers and characters who were not only entertaining and interesting, but showed strong, complex, rich qualities as female characters and performers. I might, or might not, get time to refer to:

I don’t think I’ll get the time in this panel (there are four panellists, one facilitator, and time for Q&A after all) to unpack the history of Chang Cheh’s intervention in making male stories dominant in martial arts filmmaking. It’s an interesting story, but a nuanced one. I give it a whole chapter in my book, and perhaps there’s a blog I could write about it, but not today.

For those of you booked into the panel – thank you for attending and I hope you enjoy(ed) it. For those of you who missed out, apparently it’s being recorded and you will be able to access that.

I am honoured and excited to be included on the panel hosted by Fighting Spirit Film Festival.

To quote from the event’s Eventbrite page:

Fighting Spirit Film Festival are proud to present our first online seminar, examining the cultural impact of martial arts films. Since the 1970s, martial arts films have spread across the globe – in this seminar we will look how their impact transcended film and moved into pop culture, and found unexpected popularity with minority communities in the West.

To help us with this, we have assembled a panel of experts who will deep dive into the genre and discuss how these films spread globally, and also their own personal experiences.

This is a free event, but registration is essential as we will email the zoom link to you a few hours before the event starts.

To find out more about FSFF, check out there website www.fightingspiritfilmfestival.com

And to make one of those essential registrations, go to Eventbrite.

I was recently honoured to be invited to do some guest blogging for the 36 Styles website.

“I was almost fooled!” ripostes Feng Rusung (played by Kwan Fung), one of the good guys in Chor Yuen’s Roving Swordsman, when confronted by one of many sleights of hand that take place during the course of this film’s plot. While it is a throwaway line in one of the early scenes, it is also apt, for Roving Swordsman is full of trickery and deceit as its protagonists and antagonists try to outwit each other.

To read the rest of the blog, and check out 36 Styles great new website, go here. 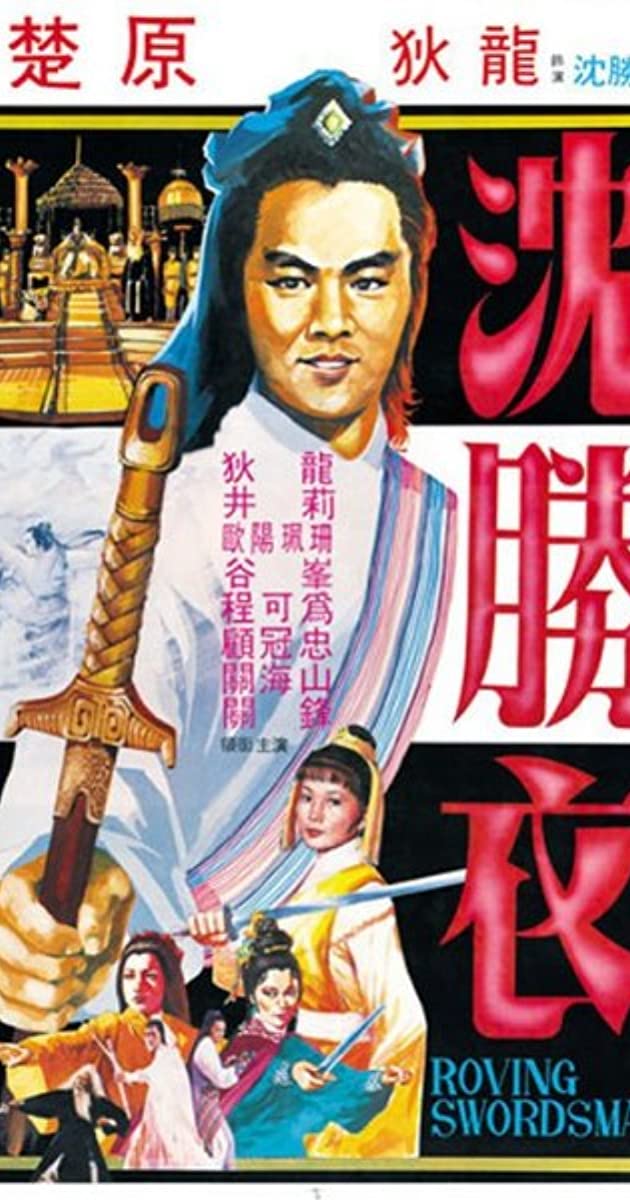